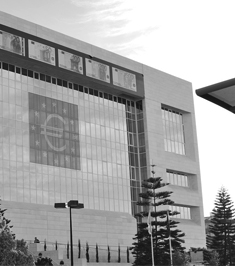 The maintenance of a central register of Ultimate Beneficial Owners of companies and other legal entities (“UBOs”) in Cyprus has been implemented as part of the process of full transposition of the 4th European Directive (EU 2015/849) of the European Parliament regarding the prevention of money laundering and terrorist financing (the “4th EU AML Directive”) into domestic law, the Parliamentary resolution and approval of which took place on 18 February 2021 (the “Prevention and Suppression of Money Laundering and Terrorist Financing Law (Amendment) of 2021”).

On 16 December 2020, the Council of Ministers of Cyprus resolved and passed into law the following:

Pursuant to the above, the Department of the Registrar of Companies announced that the collection of data for companies will begin on 16 March 2021 and companies will be granted a period of 6 months from that date (until 17 September 2021) during which to register the information about the UBOs into the relevant interim reporting system.

Access to the interim reporting system is limited to competent authorities only, upon submission of a request to the Registrar of Companies. Consequently, the UBO information entered into the interim system shall not be publicly available.

The information collected will be transferred to the final reporting system following its development, which will commence in the second half of 2021. Access to the final system will be based on the provisions of the 5th European Directive (EU 2018/843) of the European Parliament regarding the prevention of money laundering and terrorist financing (the “5th EU AML Directive”), and certain information will be publicly available.

Further updates and clarifications will be provided once these are received from the Registrar of Companies.

A UBO is defined as any natural person who ultimately owns or controls the entity in question through direct or indirect ownership of a sufficient percentage (usually more than 25%) of the shares, voting rights, or ownership interest in that entity, or who exercises such control via other means. If no natural person has such qualifying ownership or control, the natural person(s) holding the position of senior managing official(s) will be reported.

The UBO information to be collected and registered will comprise of the UBO’s:

For more information and how this can impact your business and on your further steps, feel free to contact our team at [email protected]